VS-Games 2019 will feature three keynote speakers as part of its programme, two from academia and one from industry. 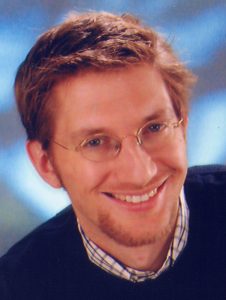 Michael Wimmer is currently an Associate Professor at the Institute of Visual Computing and Human-Centered Technology at TU Wien, where he heads the Rendering and Modeling Group. His academic career started with his M.Sc. in 1997 at TU Wien, where he also obtained his Ph.D. in 2001. His research interests are real-time rendering, computer games, real-time visualization of urban environments, point-based rendering, reconstruction of urban models, procedural modeling and shape modeling. He has coauthored over 130 papers in these fields. He also coauthored the book Real-Time Shadows. He regularly serves on program committees of the important conferences in the field, including ACM SIGGRAPH and SIGGRAPH Asia, Eurographics, IEEE VR, Eurographics Symposium on Rendering, ACM I3D, SGP, SMI, HGP, etc. He is currently associate editor of IEEE TVCG, CGF, and Computers & Graphics. He was papers co-chair of EGSR 2008, Pacific Graphics 2012, Eurographics 2015, and Eurographics GCH 2018.

Abstract: 10 years ago, the focus of computer graphics was mostly the quality and speed of image generation, and serious games set in realistic environments profited from these advances. Meanwhile, commercial rendering engines leave little to be desired, but computer graphics research has opened other doors which might be relevant for application in serious games. In this talk, I will present some of our latest advances in computer graphics in simulation, rendering and content generation. I will show how we can now simulate visual impairments in virtual reality, which could be used in games to create empathy for people affected by these impairments. I will describe how we have advanced point-based rendering techniques to allow incorporating real environments into rendering applications with basically no preprocessing. On the other hand, virtual environments for serious games could be created efficiently by collaborative crowed-sourced procedural modeling. Finally, efficient simulations of floods and heavy rainfall may not only help experts, but might be the basis of serious games to increase public awareness of natural disasters and the effects of climate change. 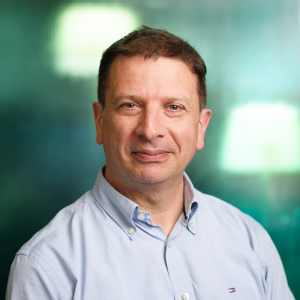 Panos Markopoulos is a computer scientist specializing in human-computer interaction. He holds a chair in designing behaviour change support technology at the department of industrial design of the Eindhoven University of Technology, and is an adjunct professor for the University of Technology Sydney. He has held research positions at Queen Mary, University of London, and at Philips Research. He has co-founded the Interaction Design and Children series of conferences and International Journal of Child Computer Interaction by Elsevier. He has co-authored a book on Evaluating Children’s Interactive Products, and is currently serving as chief editor in Behaviour and Information Technology (Taylor and Francis). His areas of interest include Ambient Intelligence, Interaction Design for Children and Interactive Rehabilitation Technologies. His current work concerns playful learning, wearable technologies for rehabilitation and personalising behaviour change technologies.

Title: Games for good: a research through design approach

Abstract: The growing concern of the public with regards to the negative effects of gaming especially among young people, is the flip side of a growing optimism in media, society and even funding programs regarding the potential benefits of games which are sometimes seen as a panacea for contemporary societal problems. These trends reflect how the scientific community is providing growing evidence regarding both game addiction and its physiological and psychological effects, while serious games researchers time and again demonstrate the value of their games for an ever increasing range of application contexts. This talk will review the design of a number of serious games targeted at encouraging physical activity and social interaction for various user groups, inspired by the need to compensate for stereotyped images of players as sedentary and isolated. It then discusses how we can learn about individuals from observing game play and discuss the challenges involved in doing so. Player modelling an area with large potential business value for game companies is also seen here as a way to extend the value and use of games in different fields of inquiry and to serve diverse human endeavours. Reflecting on the quasi-historical presentation of this research program which has followed a research through design research approach, we discuss the limits facing this research approach, where research is very closely embedded in the specific problem domain and user group. We seek to draw general lessons and to set challenges for the future that will accelerate developments. 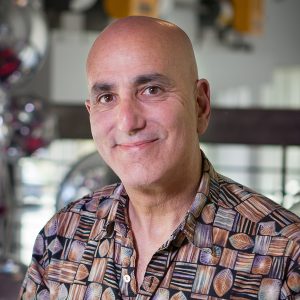 Noah Falstein has been a video game developer since 1980, and was one of the first 10 employees at LucasArts Entertainment, The 3DO Company, and Dreamworks Interactive.  He recently served for four years as Google’s Chief Game Designer, working closely with their AR and VR projects, before leaving the company to pursue health games opportunities.  He currently serves as SVP of Content for Mindmaze SA (stroke recovery and other neurogaming applications) and consults for various other games/health ventures. As a freelance game designer and producer, Noah has moved from earlier work on entertainment titles like Sinistar and Indiana Jones and the Fate of Atlantis to focus primarily on health-related projects using games or game technology.  Notable peer-reviewed projects he has contributed to include ReMission from Hopelab (helping teen cancer patients stay on their chemotherapy) and Neuroracer from Dr. Adam Gazzaley’s UCSF lab, researching attention training. He was the first elected chairman of the International Game Developers Association, has published over 100 articles and book chapters, and currently is an Executive Advisor to Akili Interactive Labs (FDA-reviewed ADHD treatment), and is working with Applied VR and TrainPain (pain remediation), StoryUp/HealiumXR (stress) and others in neurogaming.  He has also spoken at over 200 conferences and universities around the world.

Abstract: Game-related treatments have been cleared by the FDA for treatments of addiction, stroke recovery, and physical therapy. In the next year, for the first time, a video game may well be given de novo clearance by the FDA to be prescribed by doctors to treat children with ADHD, with current testing showing similar effectiveness to pharmaceuticals. This presentation will review other recent ventures using games and VR to treat a variety of issues including phobias, PTSD, and acute and chronic pain. VR and games are also being used with great success to train caregivers and physicians. Also covered will be a wide range of business, technical, creative, and scientific challenges involved in creating and testing software of this type, and other opportunities for games as medicine that are opening in the near future.  A common thread among these projects is an increasing dependence on research and clinical testing, and as the combination of games and medicine grows rapidly in scope and importance, so too will grow the demand for associated first class research.